With little else to do, many boat owners have returned to their dry-docked vessels to make long-delayed repairs 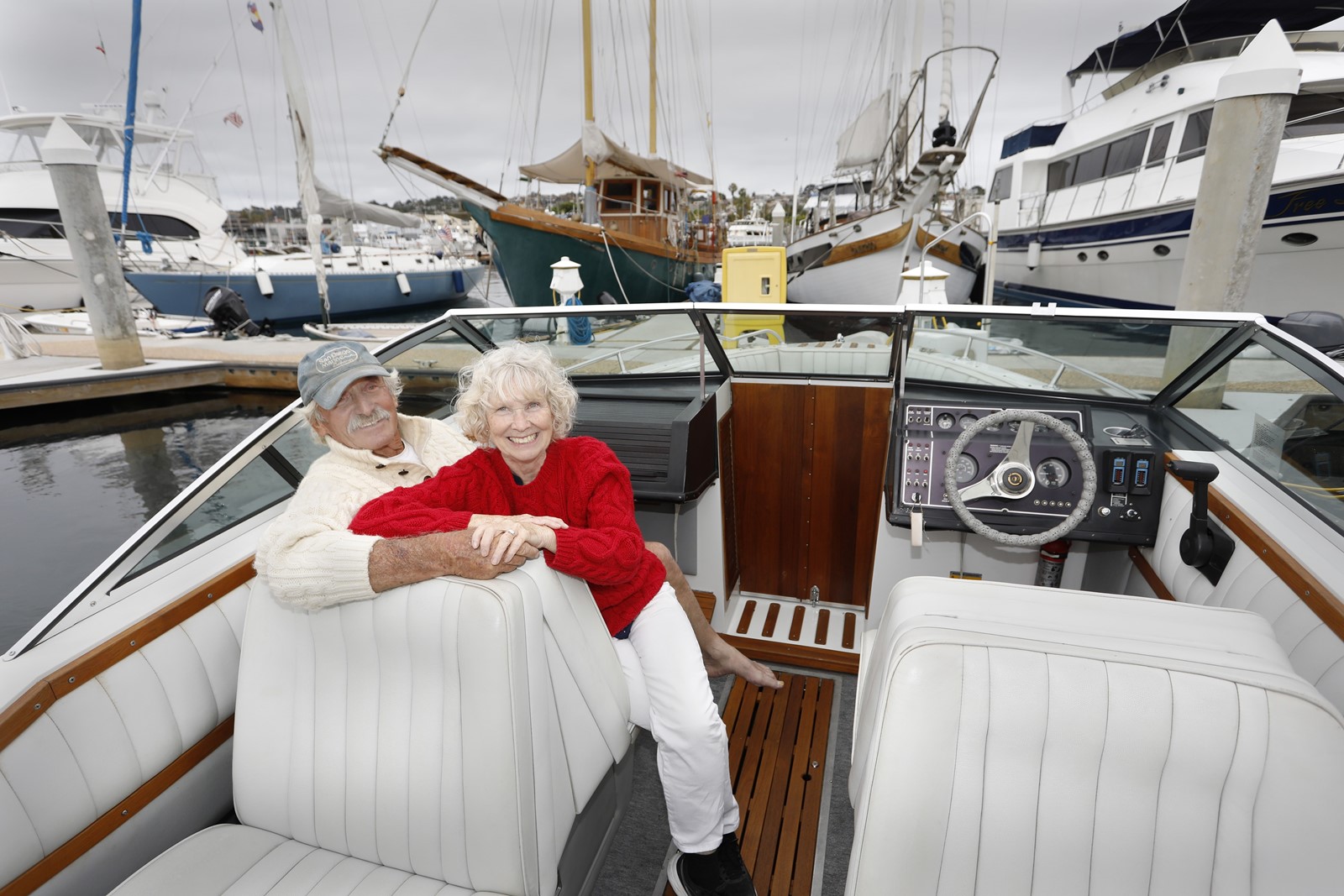 For all the business owners who have had the worst year of their careers, try not to hate Sidney Adhami.

“Business has been phenomenal, frankly,” said Adhami, owner of San Diego Marine Performance. “It’s to the point where the demand for what we’re doing has really gone through the roof.”

Adhami’s company refurbishes and sells outboard motors. Business has been particularly good since county health officials lifted restrictions against recreational boating two months ago, but Adhami said he already was having a good year.

Business first picked up around March, when the county first ordered bars closed and placed restrictions on restaurants and activities in an effort to curb the coronavirus outbreak. Adhami speculated that with many people out of work and with many activities shut down, they took the opportunity to work on their boats.

He’s not the only one who has seen a boating business boost. In June, the marine industry website Trade Only Today reported 74 percent of used-boat retailers had seen their business grow this year as compared to 16 percent last year.

The demand was so high, selections were running low and prices on used vessels were increasing, leading to an improved market for new boats, the publication reported.

The boom has been reported across the country, with some news outlets reporting personal watercraft sales up 75 percent from last year. The Sacramento Bee recently reported on a boat-repair business that was having a record year. Across the country, a news station in northern Michigan also reported on boat dealerships in their area seeing a surge in business.

The increase in boating activity became apparent a few months ago to Leland Parsons, owner of San Diego Boat Movers. Since the county first ordered businesses and activities shut down, Parsons said he saw activity pick up in his boatyard by about 30 percent.

“People decided to come in because they had nothing else to do,” Parsons said.

San Diego Boat Movers has a storage yard filled with yachts and motor boats, including some that have been on the grounds for decades.

Parsons kept his business open during the pandemic, and he noticed more and more people coming in to work on their boats, diving into long-delayed repairs. Walking through the yard, he stopped to chat with one woman who has been on the site almost daily and is preparing to finally launch her boat as she nears the final touches to her project.

“There’s one guy who comes in the yard,” Parsons said. “He’s brought six or seven boats in for repair. His business is growing by leaps and bounds.”

Parsons became a sort of local legend in 2006 when he launched the schooner the Frank Edmund after building it at his Poway home over 29 years. His story was covered in local media at the time, and people lined the streets of Point Loma and Shelter Island to cheer as they watched the schooner towed to San Diego Bay and finally touch water.

He and his wife, Cecily, later moved to Half Moon Bay and lived aboard the boat. Parsons said they moved back to San Diego three years ago because Cecily wanted to be near their grandchildren, and they still live aboard the Frank Edmund. From his view of the bay from America’s Cup Harbor, Parsons said he used to see 10 or 15 boats pass by each day. Then there was nothing in the weeks that the county prohibited recreational boating. Finally, the restriction was lifted May 1.

“Now, everything has tripled,” Parsons said. “People were saying, ‘Oh my God, I can get on my boat!’”

Anthony Zabaldo owns San Diego Boat Yard, a business he runs in space rented at San Diego Boat Movers. Taking a break while working on a water scooter, he said business is seasonal, so he was used to slow months at the start of the year and things picking up in warmer months.

He didn’t see this year as very different, but Zabaldo did say he thought the $1,200 stimulus check many people received from the federal government helped people decide they could afford to get their boats repaired.

“Part of it is the seasonal factor,” he said. “The other thing is, people are not heading out of town. They’re looking for recreational activities to do locally.”

While charter fishing companies have had to limit the number of people allowed on their boats because of the pandemic, Swan said he has seen an increase in the sale of personal fishing boats.

At San Diego Marine Performance, Adhami said he used to do four to six “repowers” a month, the term for installing a refurbished outboard motor. He now does about 20 a month, and he sometimes has to tell people there’s a two-month wait before he can get to their boat. The cost usually is about $12,000 installed as opposed to $36,000 for a new engine.

“This has been my best year,” he said. “I feel bad that there are businesses that are not having a good year. That’s completely out of my control.”